Whitesboro’s Tyler Hudson, a member of the Boys Varsity Wrestling team, made it to the podium in states, held on February 27 and 28 at the Times Union Center in Albany. 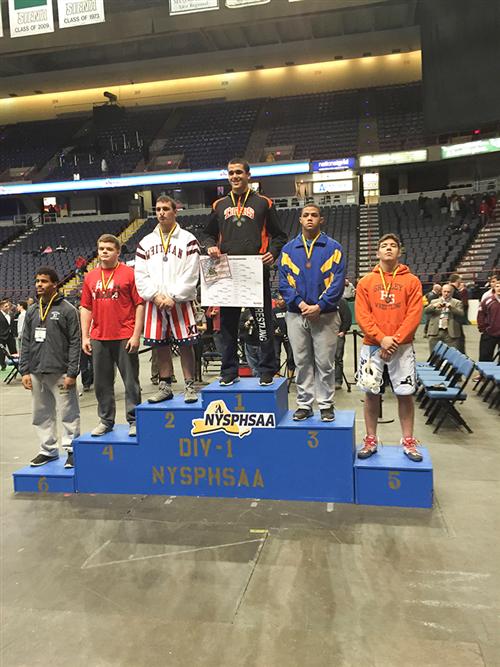 Hudson beat Canisius’ Solomon Renfro in the first round 8-0 and Monsignor Farrell’s Mike Newman in the quarterfinals 5-3. Hudson lost to second seed Vincent Feola from Walt Witman in the semifinals.

Hudson wrestled Mike Newman from Monsignor Farrell in a rematch, and pinned Newman in one minute and forty-two seconds, to secure third place.