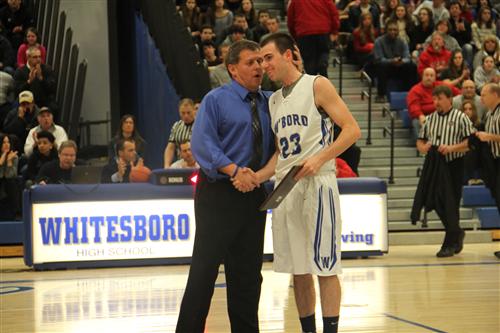 Borza finished the game with four three pointers and 14 points and later finished his career with 1,043 points. Whitesboro defeated New Hartford in the first round, 61-50.

In addition to eclipsing 1,000 career points, Borza also ranks near the top of many statistical categories:

The Whitesboro Central School District and its Athletic Department would like to congratulate T.J. on all of his accomplishments and wishes him more success in the future.

The Whitesboro Boys Varsity Basketball team finished this season with a 16-6 record, good enough for second place in the TVL. Whitesboro lost to Christian Brothers Academy (CBA) in a Class A Section III semifinal game at Onondaga Community College on March 1, 58-44.