Up until a few weeks ago, Whitesboro junior Virginia Davis had spent her entire life with limited use of her right hand - - until now.

Davis, who was born with missing fingers on her right hand, was recently fitted with a “new hand.” And, she didn’t have to look very far for the moment - - and breakthrough - - she has patiently been waiting for.

High School Technology Teacher Mr. Jensen, with the use of one of the high school’s three 3-D printers, made a prosthetic hand for Davis. The idea came from Davis, after one of her friend’s told her about the school’s 3-D printers - - and what they are capable of. Davis then approached Assistant Principal Mr. Frye with the idea, who put her in touch with Mr. Jensen. 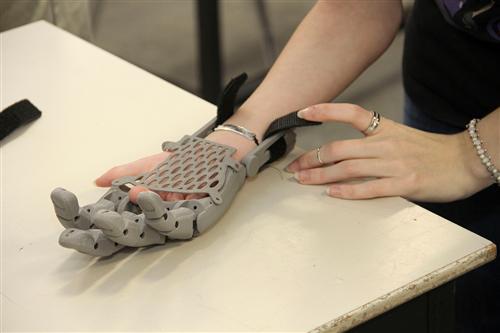 For Mr. Jensen, the opportunity to help and do something so special was a no-brainer, despite never having Davis as a student. And, after finding the right “model” online, plus some planning, he got to work.

“The printing itself was a 13 hour print and it took about three tries before we got it right,” said Jensen, who was assisted by a group of students. “Then we had to manually adjust the prosthetic from there with some hand tooling, some filing and some custom fitting and make a Velcro strap.”

According to Mr. Jensen, the entire process started before Thanksgiving and wrapped up in late January. Another student, who has his own 3-D printer, chipped in by printing the “filaflex,” or the prosthetic’s “tendons.” It’s something the school’s 3-D printer could not do.

Davis was beyond excited after trying on and using the prosthetic hand for the first time, which allows her to perform tasks she has never been able to do before.

“It’s great, I have to get used to it obviously, but things have been a lot easier,” said Davis. “I can pick up bottles now, I’ve been picking up trays in photography and I’ve been using it. It’s so fun.”

“Sixteen years of self-consciousness will probably go away a little bit,” added Davis.

Amazingly, the 3-D printed prosthetic hand only cost about $30 - - less than the thousands of dollars a typical prosthetic hand costs. Mr. Jensen also supplied Davis with some tools and spare parts that can be used to make repairs and adjustments.

“I want to thank Mr. Jensen again and again,” said Davis. “I really just wanted to get him recognition for this because this is something amazing. This is hope.” 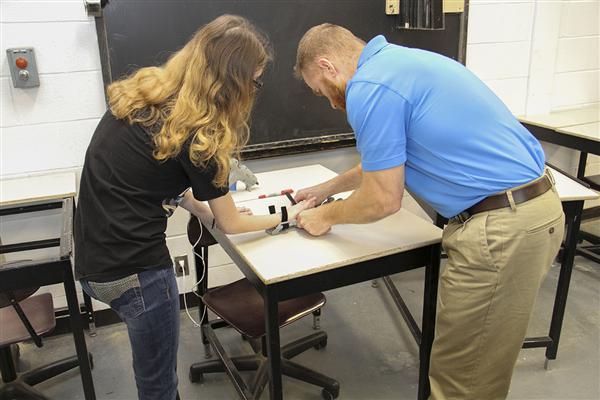 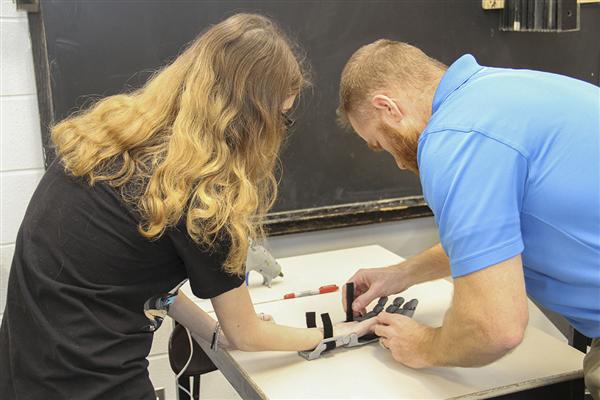 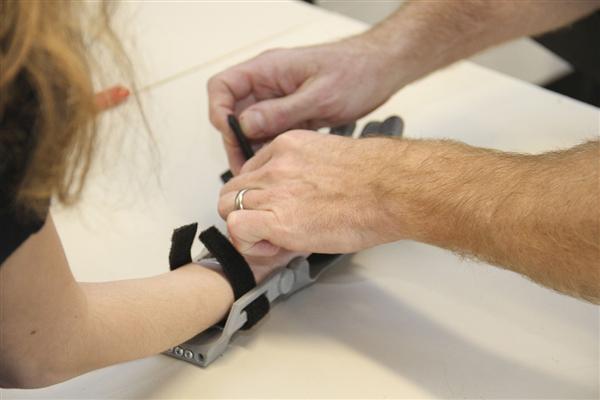 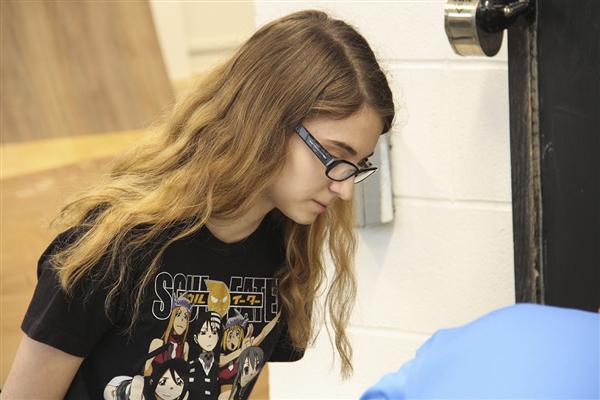 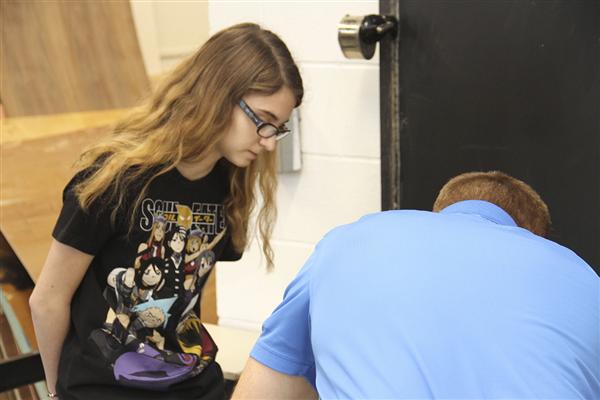 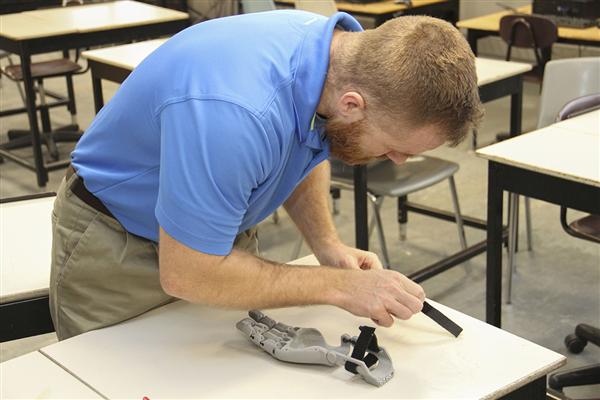 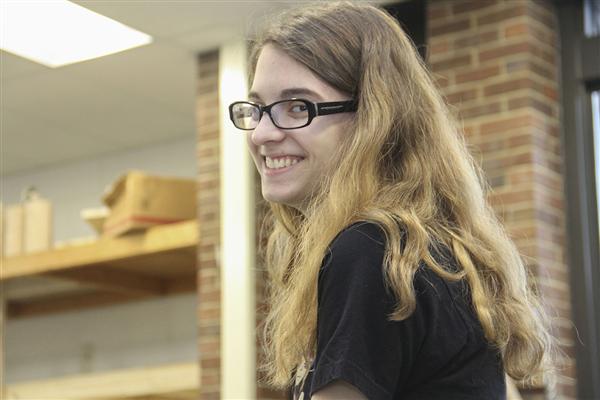 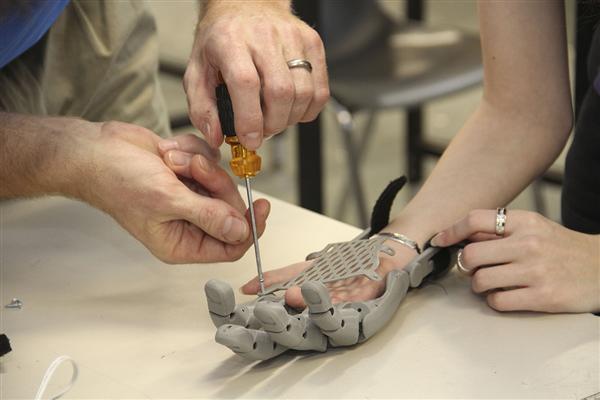 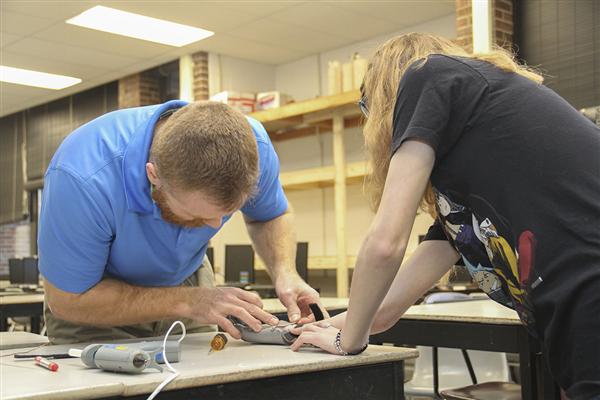 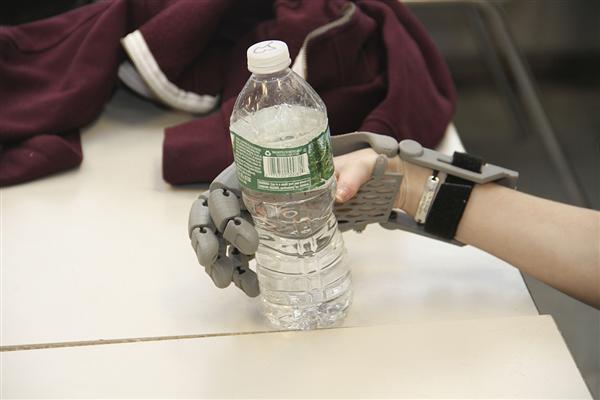 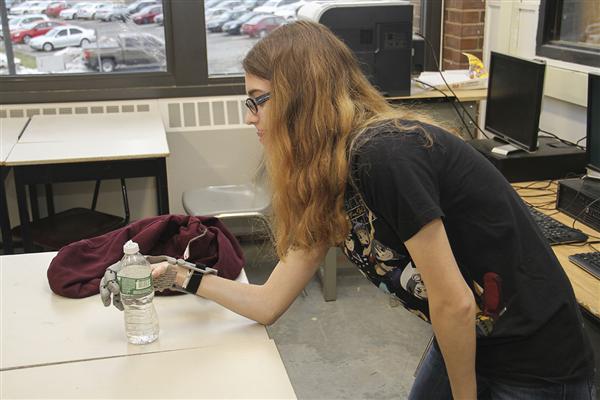 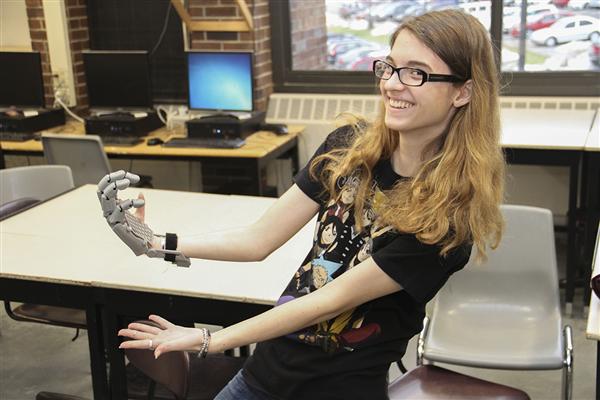 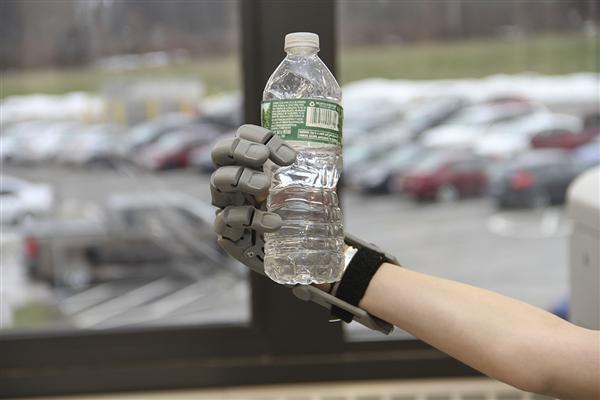 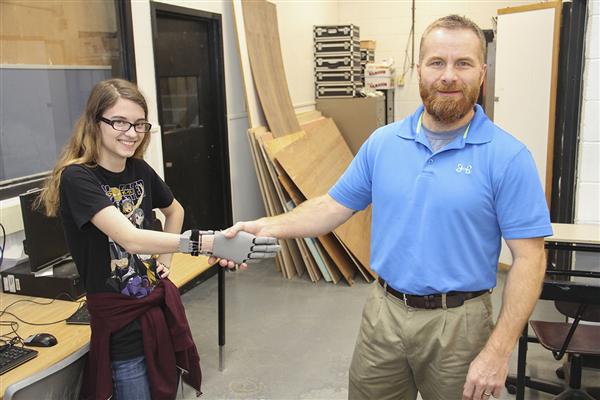 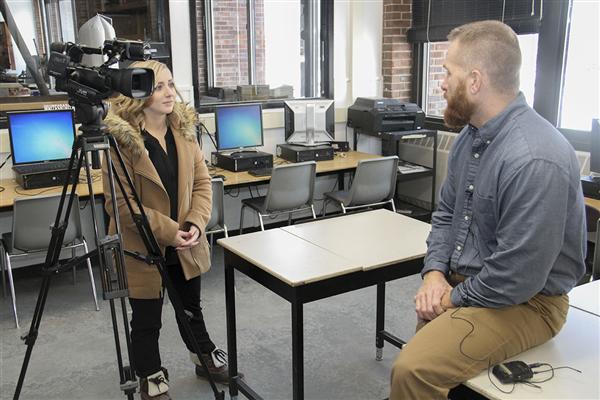 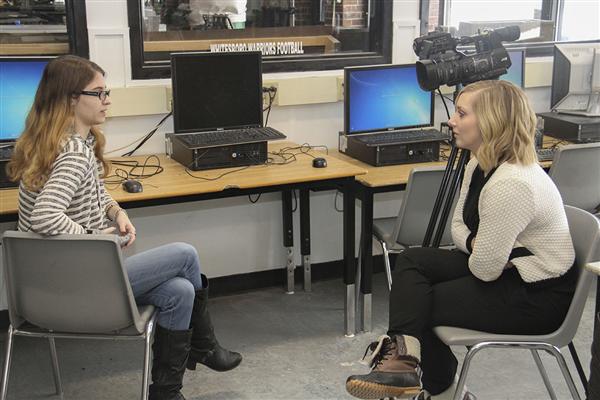 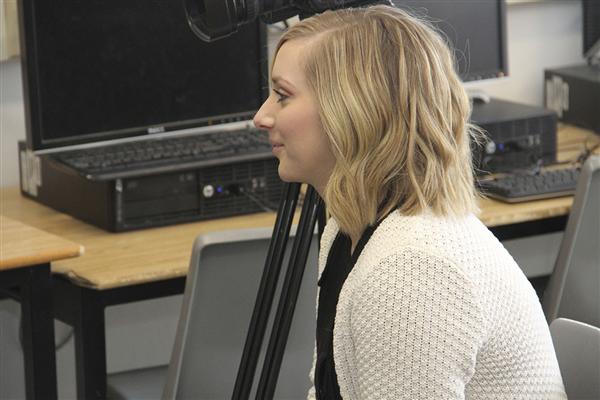