Racing Along the Iditarod Trail

A Trip along the Iditarod Trail

Mrs. LaBarbera’s students at Hart’s Hill and Marcy Elementary Schools are taking a trip down the Iditarod Trail this March. Each student, kindergarten through fifth grade, chose a musher (person who drives a dog sled) to follow as he or she traveled down the 1,000 mile Iditarod trail from Anchorage, Alaska to Nome, Alaska. 79 mushers started the race this year in Anchorage and restarted in Fairbanks, due to lack of snow and warmth in the southern part of Alaska. (This lead to a great discussion on weather comparisons to the weather we have been experiencing in Central New York this year.) 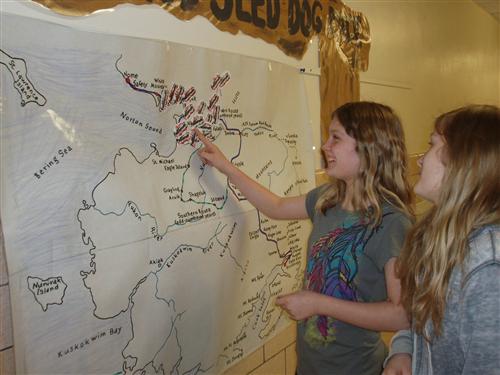 The students logged onto the Iditarod website daily to check their musher’s progress and put the information into a table. Throughout the unit the students learned about the geography of Alaska, the weather of Alaska, and the people of Alaska. They also learned about the rules of the Iditarod, the parts of a dog sled, the parts of a dog team, how to read 24 hour time, and mandatory items that all mushers must have on the trail. They read stories about dog mushers, their teams, and what they went through to make it down the Iditarod trail. They wrote about life in Alaska and their perceptions of what challenges might occur in competing in a race such as the Iditarod.
As a culminating activity, the students will be writing a biography of their musher using the results of the race this year. These biographies will be shared with each student’s class. The students will also have the opportunity to write a friendly letter to the musher they followed congratulating him or her on the race and giving favorite details from the race. These letters will be mailed to the mushers or their kennels.
This is an annual event in Mrs. LaBarbera’s classroom and many of the students have followed the same musher for several years or like to compete against mushers they previously followed. More information can be found about the Iditarod at www.iditarod.com or by talking to one of Mrs. LaBarbera’s current or former students in any of the Whitesboro schools. 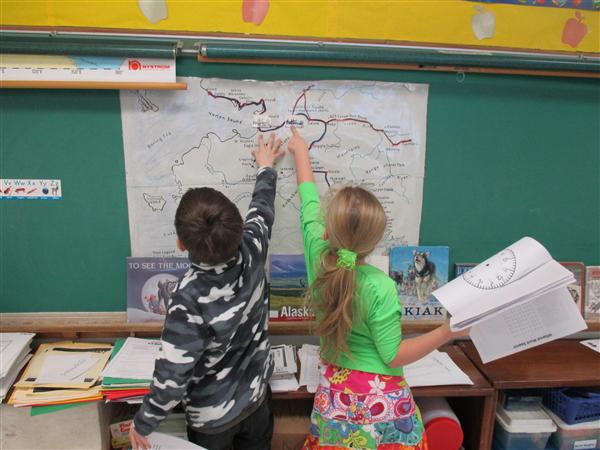 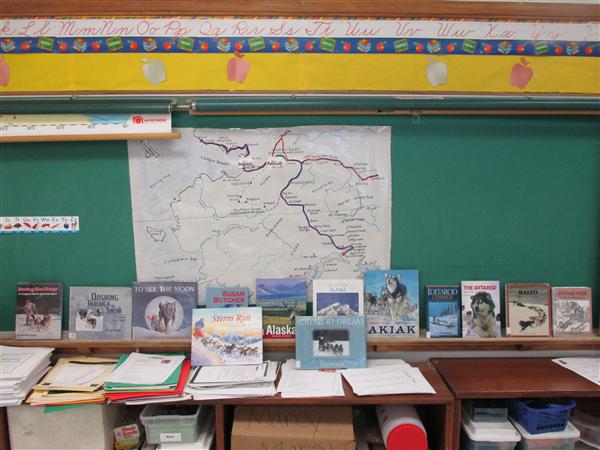 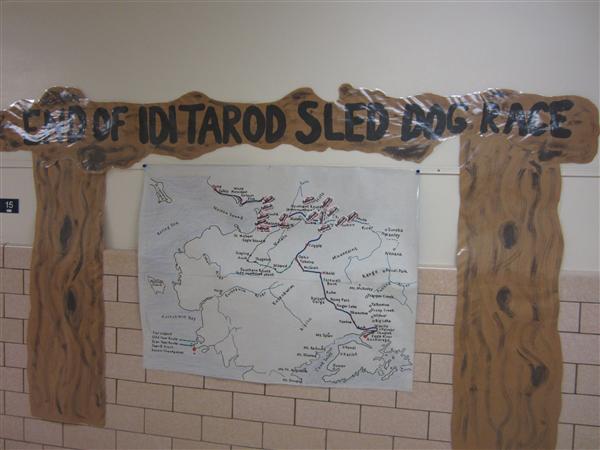 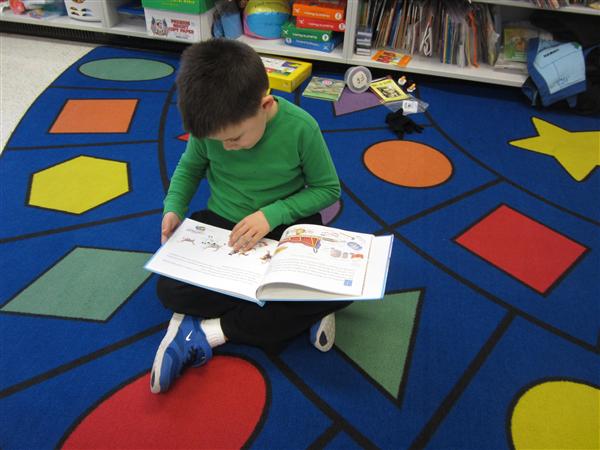 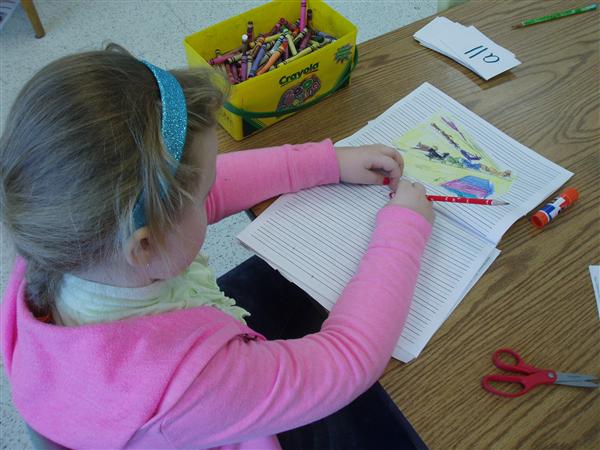 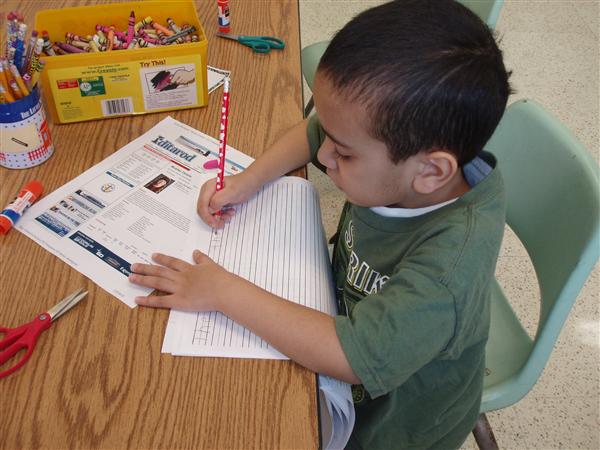 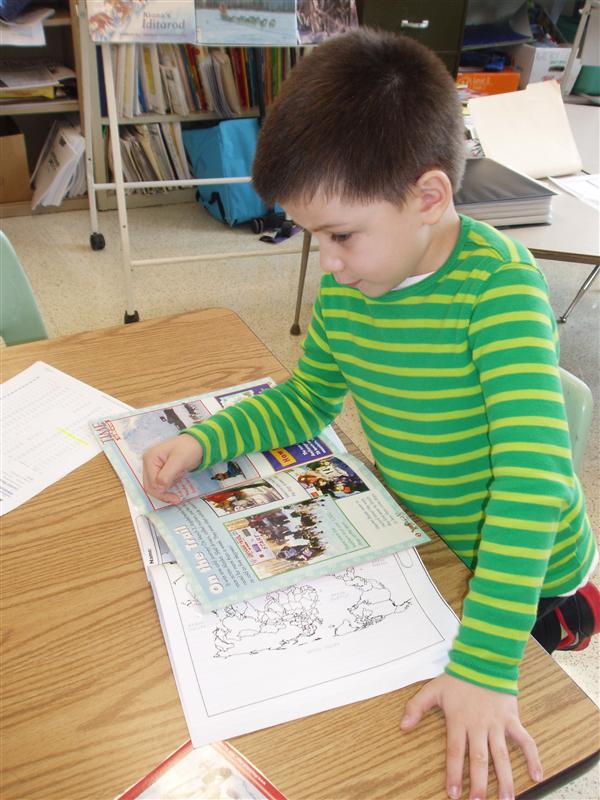 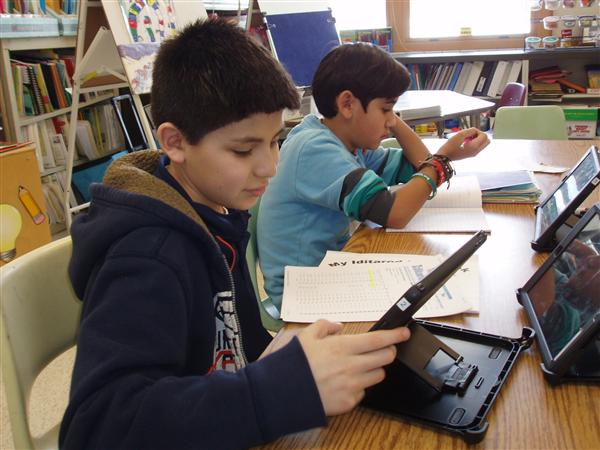